First off, the Brooklyn Bomber takes on the California Cutie in sexy pugilistic action!

In the second match, the Rumblin’ Rocket, Amber Skye, makes her return to B.A.B.E. going up against Roxy Starr!

The third match sees Farah Fox going head-to-head with Tina Corretti for dominance of the ring!

In the fourth match, the Bouncin’ Bombshell meets the Irish Rose for boxing mayhem!

In the fifth match, The American Dream enters the B.A.B.E. ring to take on the Shadow to see who will be the last woman standing!

Stay tuned… and who will you be rooting for? 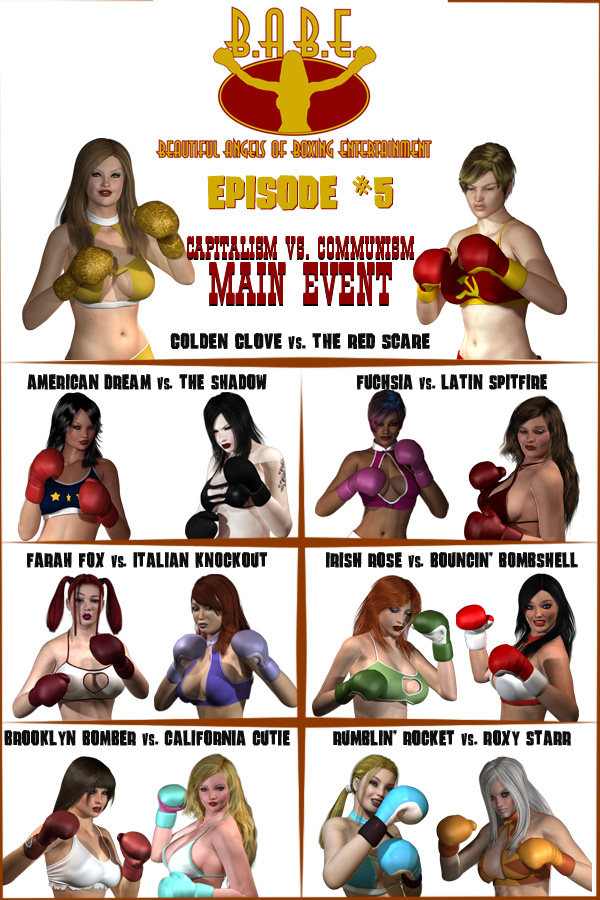