One of Mexico’s hottest actresses and star of the telenovela, ‘Amor Duro,’ Lola Guerrero has decided to become a real-life professional foxy boxer! But this isn’t an acting job… she’ll be facing a real opponent in the form of Marisol Moreno.

And Marisol Moreno isn’t some star-struck fan… she has championship goals on her mind and Lola may be the perfect stepping stone to get her the shot she desires!

Who will be the last woman standing?

END_OF_DOCUMENT_TOKEN_TO_BE_REPLACED

A year ago, in Mexico, the foxy boxing world was stunned by the revelation of a new fighter… END_OF_DOCUMENT_TOKEN_TO_BE_REPLACED

THIS IS IT! The conclusion to ‘Prelude to Payback’!

Tina Corretti has announced her retirement but has one last match before she hangs up the tights. Unfortunately, her opponent is Tora the Barbarian, the woman who has destroyed every other woman she’s faced.

If Tora wins, she will become the new Ferocious Ladies of Wrestling champion and Tina will be forced to retire in defeat. But if she loses, she’ll be the one forced to leave the league.

Get ready for the battle of battles with everything on the line!

END_OF_DOCUMENT_TOKEN_TO_BE_REPLACED

Tina enters the ring to announce her retirement from wrestling. END_OF_DOCUMENT_TOKEN_TO_BE_REPLACED

The brutality of the last match required an epilogue! (And it’s only $5!)

Two of F.L.O.W.s most powerful women collided in the wrestling ring: the patriotic former champion, Miss Glory, and the rampaging primal warrior, Tora the Barbarian.

Only one left the ring on her own two feet.

Here’s what happened moments after the match… 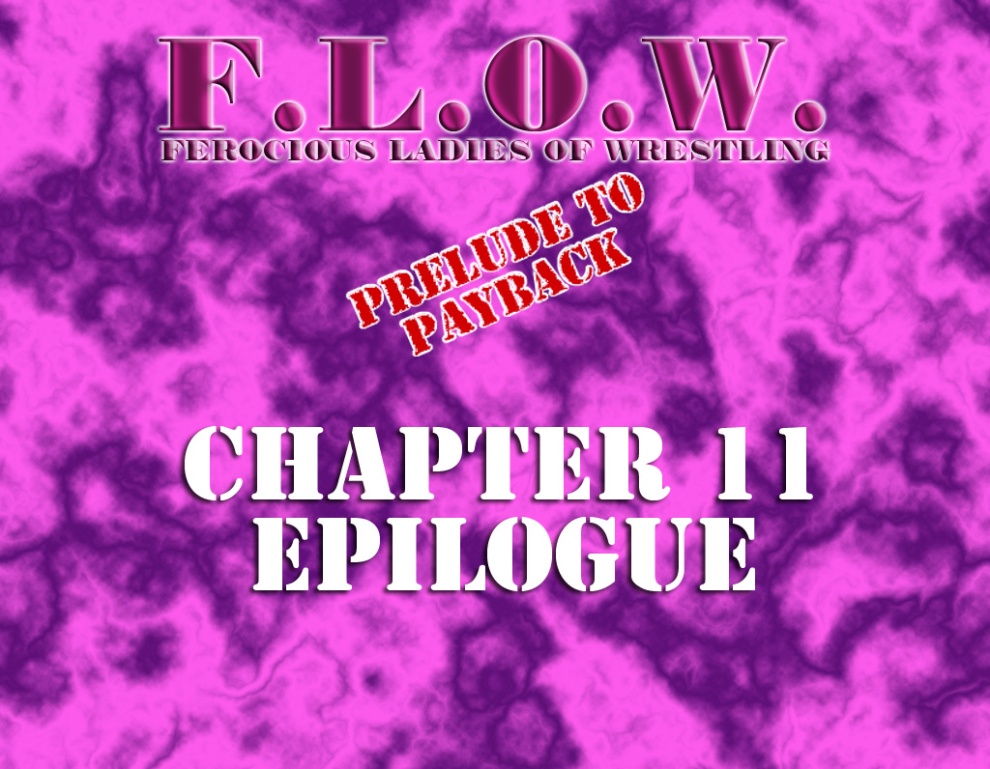 Finally, Miss Glory is stepping in!

Tora the Barbarian has been tearing the F.L.O.W. league apart, leaving devastated wrestlers in her wake. But now, former F.L.O.W. champion Miss Glory is here and ready to stop the Barbarian’s onslaught!

Get ready for a vicious match between the patriotic heroine and the primal barbarian!

END_OF_DOCUMENT_TOKEN_TO_BE_REPLACED

This is it! F.L.O.W. champion, Tina Corretti, puts her championship belt on the line one last time (unknown to the fans)! The only problem is that she’s facing the fiery Flare!

Can Tina head into wrestling retirement undefeated? Or will Flare burn down those hopes as she makes F.L.O.W. history as the new champion?

Tune in to find out!