The fight card has been finalized and the matches are set.

The first match sees the return of two veteran B.A.B.E. boxers as Penelope Primrose tests her might up against Shizu Shimada!

In the third fight, the Golden Viper takes on Irish Rose’s challenge to see who is the better woman in the ring!

We have a special kickboxing battle for the fifth match, as the Jade Fist challenges the Asian Sensation for ring supremacy!

And then, in the Main Event, Tonya ‘The Terror’ Lee finally gets her shot against the B.A.B.E. champion, Ashley Powers… who will be left holding the B.A.B.E. belt when the dust settles? 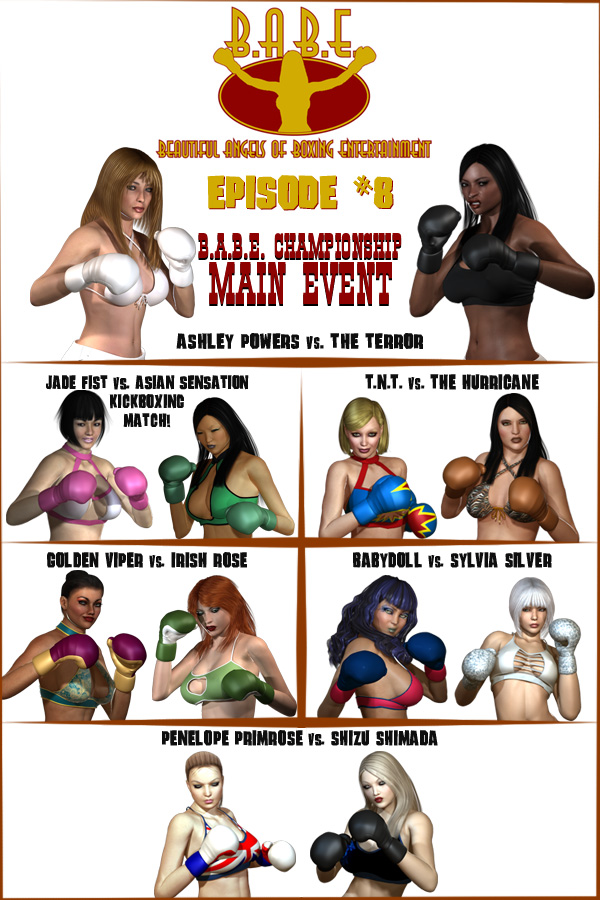