Get ready for a new episode of Beautiful Angels of Boxing Entertainment!

In our first bout, ‘The Showstopper’ Margot Moore will make her B.A.B.E. debut taking on the fierce fighter Shizu Shimada!

In the next bout, the California Cutie will test her mettle against the vicious Thorne!

Then, ‘T.N.T.’ Tracy Tatum will take on the Latin Spitfire, looking to stop her from interfering in the evening’s Main Event!

And in the Main Event, the long-awaited battle between the American Dream and the Red Scare! 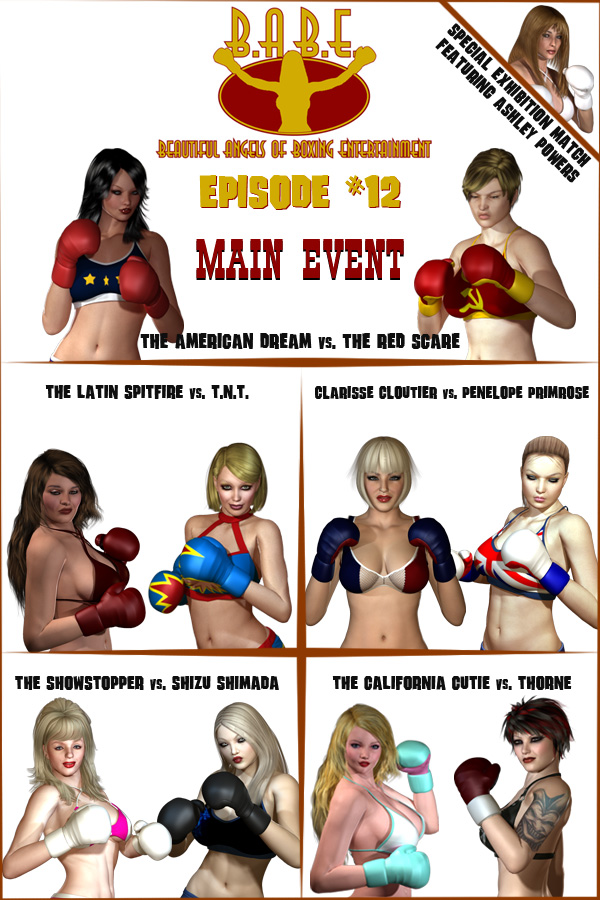