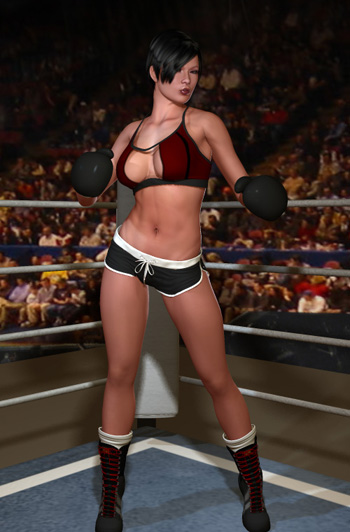 Former Foxy Boxing champion herself, Vanity Vale, joined B.A.B.E. early on. Known as the first woman to knock ex-champion Liberty Lane off her pedestal, Vanity came to the league with gold in her eyes. She was known for being a vicious fighter and intimidated some of the younger girls in the league. Always boasting that she was the woman to end Liberty Lane’s long championship reign, Vanity now looked to begin a new era in B.A.B.E.: the Vanity Era!