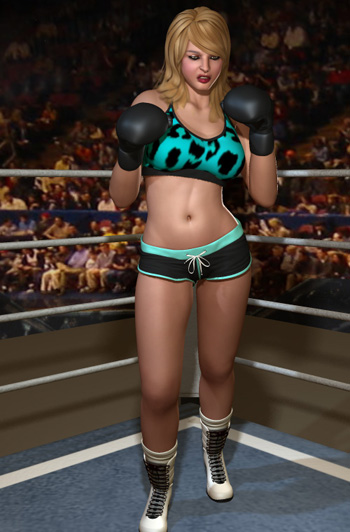 Teresa Torres was known as one of South America’s most powerful fighters, second only to Luiza Lima, to whom she had lost a championship bid. Unlike Luiza, Torres did not play up her sex appeal. She let her fists represent her image, and it was a strong image in her country.

Joining B.A.B.E. was a chance for her to spread her reputation to the U.S. She wanted to let the American public know that their fighters were nothing compared to the power of her Argentinian skill.