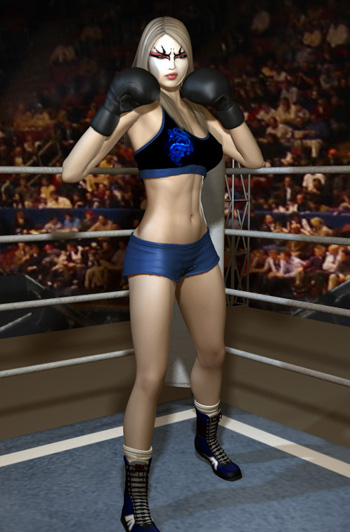 After unsuccessfully capturing the Japanese Foxy Boxing Championship from Akira Asuka, Shizu took up Raquel Balboa’s offer and moved to the U.S. to take part in B.A.B.E. Despite her loss to Akira, Shizu was still considered a fighter to be feared. She was known as both a powerful boxer and kickboxer, ripping through Japan’s ranks by taking many fighters by surprise due to her smaller stature.
But she was quick, strong, and mean in the ring. And now, she was looking to tear through the B.A.B.E. league.